So you made a videogame that hid the things you were trying to exhibit?! Had some doubts but released it anyway?! Now you’re trying to crawl back in with a different version that lets the audience see the Unity GameObject menu brought to life?! No, wait, that’s me! Enjoy it if you can!

Play Online (desktop) or Download for Mac or Windows

Who is this Pippin Barr guy?

Pippin is an experimental game developer who has made games about everything from Eurovision to performance art to dystopian post-work futures. He’s n Professor of Computation Arts in the Department of Design and Computation Arts at Concordia University in Montréal. He is also the associate director of the Technoculture, Art, and Games (TAG) Research Centre, which is part of the Milieux Institute for Arts, Culture, and Technology.

v r 2 is a remake of my previous game v r 2 (2016) in which I “exhibited” objects from Unity’s GameObject menu by hiding them inside default cube objects in a gallery setting.

Now that I’m older and wiser, I’ve come to feel that hiding the objects was a bit too cute (I was thinking about the artist Gregor Schneider at the time, for what it’s worth) and that it would have been better to make the objects visible. So, v r 2 is that game: it’s v r 2 with all the objects moved up out of the cubes to rest on top of the cubes, that’s why the “2” is raised. GET IT???

As above, the key point about v r 2 is that it’s a straightforward remake of v r 2 but with the exhibited objects made to be visible again.

I was at a conference in Kingston, Ontario called Museums Without Walls and gave a talk about v r 2 among other things. In doing so I was forced to constantly reassess the game and to try to justify my hiding of the objects in the cubes. I couldn’t really justify it in the end (and admitted as much in my talk), then realised I could just make the game again! So when I got home I duplicated v r 2 and essentially just “moved everything up a bit” to make it visible. (Obviously it was a bit more complex than that in a few places, but that’s the gist.)

And here we are, a whole new game.

v r 2 was created in Unity (2021.3.7f1 LTS if you really care about those things). It uses the excellent Gold Player character-controller by Hertzole. 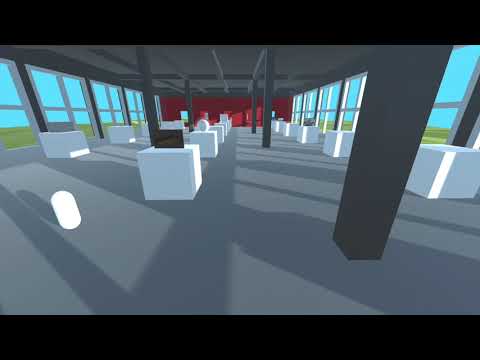 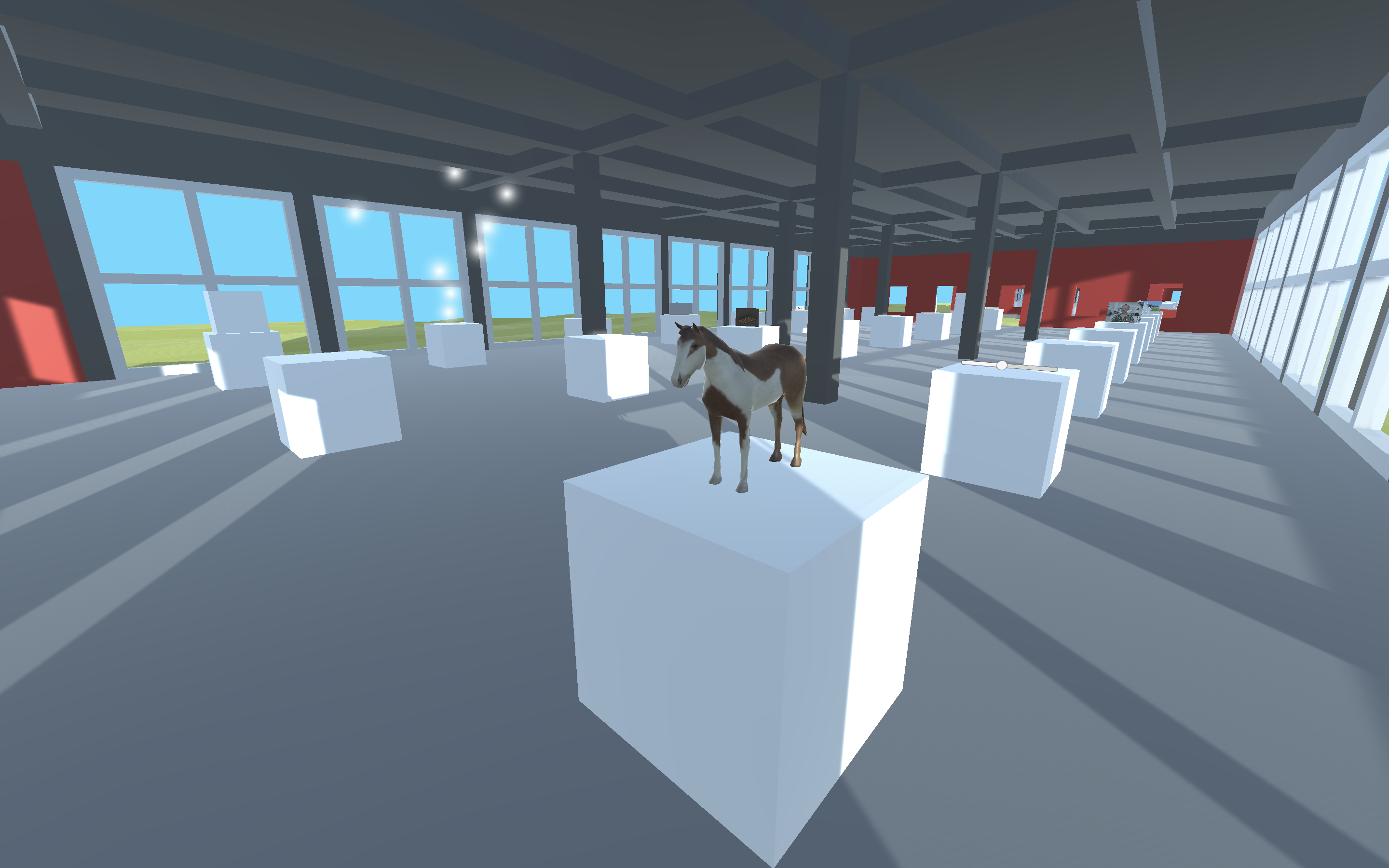 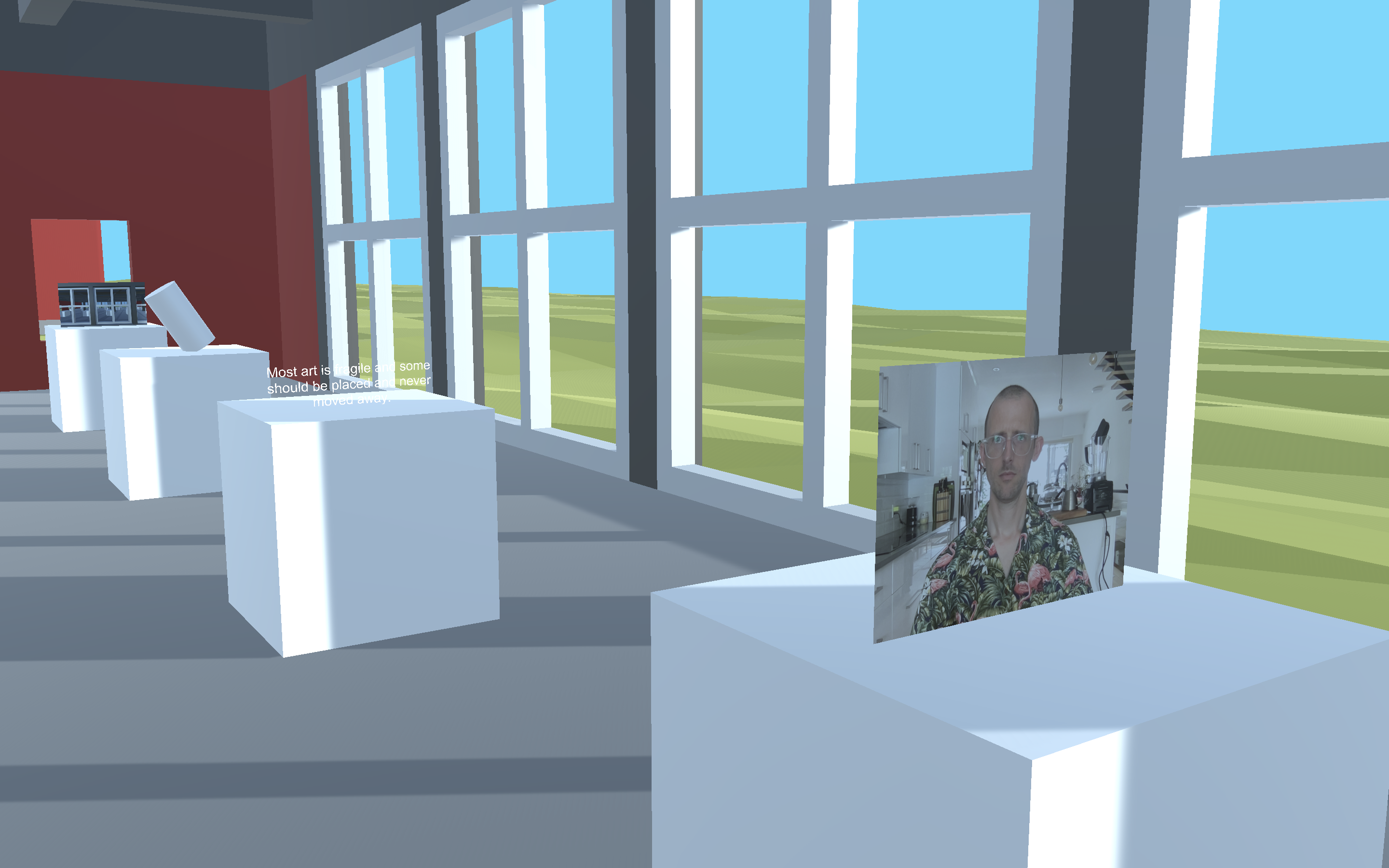 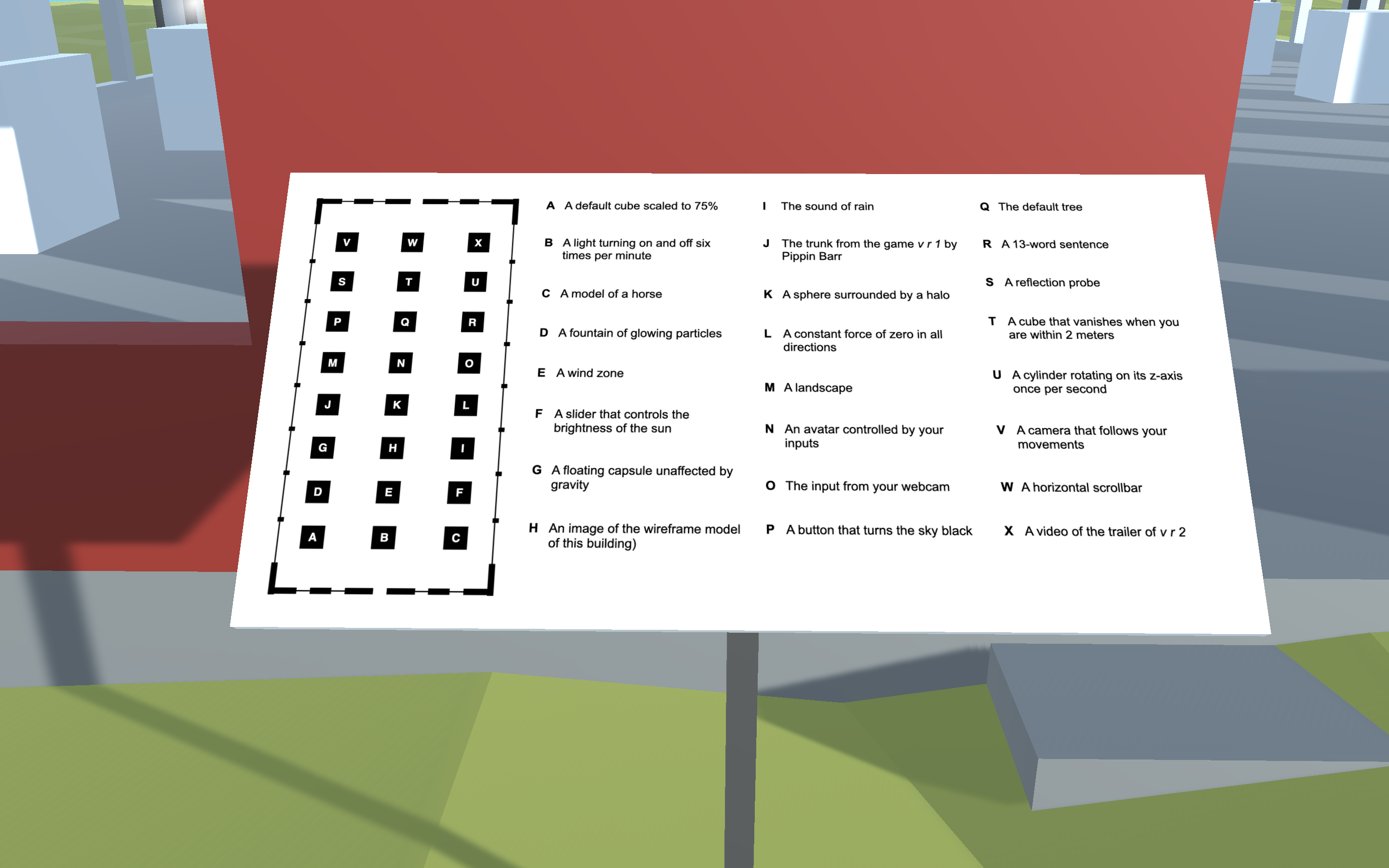