Herein lie blog posts I wrote about the game on my public-facing blog at the time. 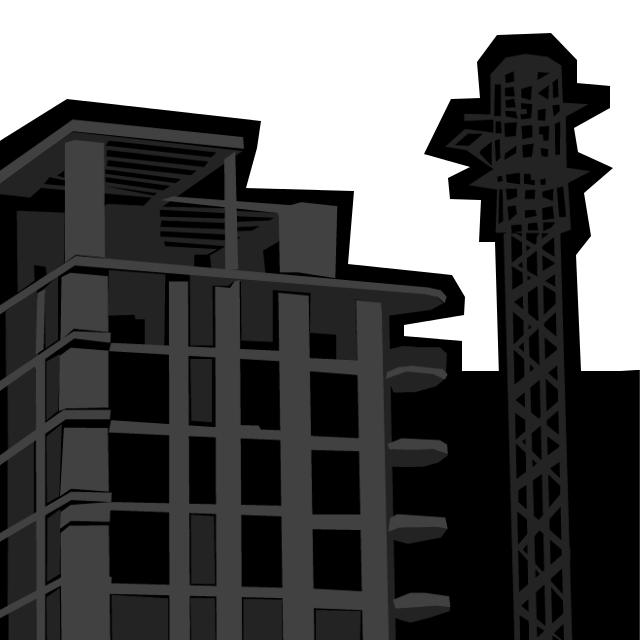 I thought I would do a quick drawing for tonight but then I realised it would be even quicker to just post one of the images I drew for Rilla’s an my game jam game, What We Did, instead. So that’s it, up there, right? (Note that the cut out around the top is just a transparency thing – it would normally be solid black – but it looks kind of good like this too in fact.) I encourage you not to look for the game on the game jam website, as it’s a bit broken and we’re working on a port to Haxe (e.g. Flash) right now which should be done in a few days.

The style is another attempt to distance myself, or at least dabble away from, my predilection for pixel graphics. Along with Sound System I (filled circles and paintings) and Let’s Play: Let’s Play: Ancient Greek Punishment: Art Edition Edition (photography and webcams) it’s a step in a different direction. It’s produced by just using the polygonal lasso on top of photos and choosing four or five greys to fill with. Simple but effective.